Humphrey School Senior Fellow Bonnie Jenkins has been confirmed as the Undersecretary of State for Arms Control and International Security Affairs in the U.S Department of State. The U.S. Senate voted in favor of Jenkins’ nomination to the post on July 21.

She was named to the position by President Biden after having served on his State Department transition team.

Jenkins has previous experience in the State Department during the Obama administration. She is an expert on assessing global threats, from nuclear weapons to global health.

Jenkins is also the founder of Women of Color Advancing Peace, Security and Conflict Transformation (WCAPS), a nonprofit devoted to supporting women of color in the fields of national security and conflict resolution.

She is the first African American person to hold the rank of Undersecretary of State.

“Very pleased to welcome Ambassador Bonnie Jenkins back to the State Department,” Secretary of State Antony Blinken said in a Wednesday tweet. “She is exceptionally well prepared to lead our efforts on nonproliferation and advance U.S. foreign policy.”

Jenkins responded in a tweet of her own, thanking Blinken for the opportunity. “I look forward to rejoining the State Department and the dedicated colleagues who work so hard on our diplomacy for the benefit of all Americans.”

Jenkins joined the Humphrey School in October 2020 as a senior fellow in the global policy area. As a result of her new position with the federal government she has resigned from the School.

“Ambassador Bonnie Jenkins was remarkably generous with her time and guidance to our students. She challenged us to think more broadly about this country's policymaking and our policy makers,” said Dean Laura Bloomberg. “When she testified before the U.S. Senate Foreign Relations Committee in April, Ambassador Jenkins spoke of her deep commitment to ensuring that our nation's policy leaders reflect all of America, so that we may benefit from wisdom and policy expertise across races, genders, and backgrounds. She shared that passion with our Humphrey students, and she inspired them. I know we are better as a School because of Dr. Jenkins' engagement with us.”

During eight years in the Obama administration, Jenkins was coordinator for Threat Reduction Programs in the Bureau of International Security and Nonproliferation, and took the lead in the launch and implementation of the Global Health Security Agenda.

In addition to her leadership of WCAPS, Jenkins was a non-resident senior fellow at the Brookings Institution, and an adjunct professor at the Georgetown University School of Foreign Service.

Prior to 2009, Jenkins worked at the Ford Foundation as a program officer for U.S. foreign and security policy, and served as counsel to the 9/11 Commission. She is a retired Naval Reserves officer. 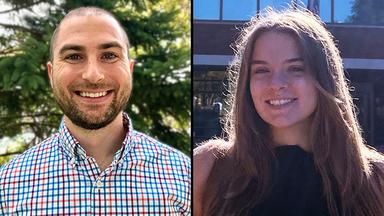