Money fuels politics, giving voice not only to candidates and their campaigns, but to outside groups and political parties—not just during campaign season but also when the lawmaking process gets underway at the Minnesota State Capitol.

A new report from the Center for the Study of Politics and Governance at the Humphrey School of Public Affairs illustrates the extent to which Minnesota legislators are influenced by campaign spending. Researchers examined how the money contributed to legislative candidates during the 2018 campaign cycle influenced the Minnesota House in the following legislative session.

The report also adds up all the spending on campaigns in Minnesota in 2020. The total is an “astounding” $162.7 million, the authors found. Of this, $105 million flowed into the campaigns for the U.S. Senate and the U.S. House of Representatives. That’s double the amount—$52.6 million—from 2016.

In the presidential race between Donald Trump and Joe Biden, Minnesotans contributed $16.7 million to those two candidates, compared to $6.6 million to Trump and Hillary Clinton in 2016.

Another nearly $41 million was spent on races for the Minnesota Senate and House – nearly $10 million more than four years ago.

"Big money in our politics is a threat to our elections and lawmaking,” said Professor Larry Jacobs, the Center’s director and co-author of the study. “Huge sums are now in the politics business, and too many of us are sadly deadened by the magnitude of spending and its insidious impacts."

When lawmakers begin their work at the beginning of each new year, outside groups, political parties, and individual donors press their interests and influence in the legislative process, particularly in committees.

Following the 2018 elections, researchers from the Humphrey School and the University of Minnesota’s political science department analyzed the activities of seven House committees to examine what, if any, ties exist between campaign donations and legislative activity.

They found that people who made campaign donations to committee members had three types of influence: access to the committee, promotion of their interests in public hearings, and opportunities to shape committee decisions by providing information that promotes their interests.

“These patterns of spending make partisan politics a team sport, contributing to the rise of partisan polarization that makes legislating difficult in the contemporary era,” said Associate Professor Kathryn Pearson, the report’s co-author.

Tuesday, May 4 at noon, Professor Pearson will host a panel discussion on the findings of the report, the implications of increased campaign spending, and the potential for reform. She will be joined by George Beck, former chair of the Minnesota Campaign Finance and Public Disclosure Board and current chair of Clean Elections Minnesota; and Ricardo Lopez, political reporter at Minnesota Reformer. Register here.

This study reports on campaign contributions in Minnesota state and federal elections in 2020 and indications of donor influence in 2019; studies of campaign spending in 2018 can be found here.

The campaign finance data used for this analysis come from Minnesota's Campaign Finance Board, covering the period of January 1, 2019 through December 31, 2020. The authors analyzed and compiled contributions received by candidates from all sources, including individuals, parties, and PACs, in addition to data on all of the independent expenditures made in each race. 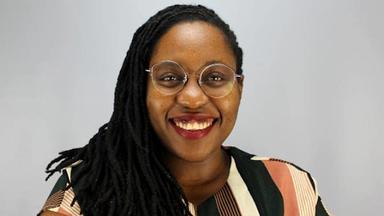