The Humphrey School of Public Affairs is proud to welcome Malala Yousafzai, internationally known advocate for global education and recipient of the Nobel Peace Prize, as the next speaker in its Distinguished Carlson Lecture series.

Yousafzai will discuss her ongoing campaign to improve access for girls’ education in conversation with Faiza Mahamud, a reporter for the Star Tribune newspaper and a Humphrey School alumna, on February 1, 2022, at noon CST. The event will be presented virtually.

The Distinguished Carlson Lecture is presented by the Humphrey School of Public Affairs with support from Carlson and the Carlson Family Foundation.

Yousafzai, who grew up in Pakistan, was shot by the Taliban in 2012 at the age of 15 for speaking out publicly against the group’s attempts to prevent girls from going to school. She recovered in the United Kingdom and has lived there since.

Since the attack, Yousafzai has become internationally known for her courage in refusing to be silenced and her continued advocacy for the right of everyone to receive an education. She founded the Malala Fund in 2013 to promote this work.

She addressed the United Nations Security Council on September 9, 2021, in response to the turmoil in Afghanistan after the US troop withdrawal, and the crackdown on women’s rights and education under the rule of the Taliban.

“International human rights law guarantees girls’ right to an education. But it is not only an issue of individual rights. Girls’ education is a powerful tool for building peace and security — and I urge the Security Council to recognize it as such,” she said.

“It’s a tremendous honor for the Humphrey School to host this discussion with Malala, who is an inspirational example of the power that one person can have in changing the world,” said Interim Dean Catherine Squires. “Her participation continues the tradition of the Distinguished Carlson Lecture series to create space for vital conversations focused on topics impacting the world.”

The Distinguished Carlson Lecture is free and open to the public, but registration is required. Audience questions will be incorporated into the conversation. Attendees will be able to submit a question for consideration when they register.

Malala Yousafzai is the co-founder and board member of Malala Fund and a Nobel laureate. Malala began her campaign for education at age 11 when she anonymously blogged for the BBC about life under the Taliban in Pakistan’s Swat Valley. Inspired by her father’s activism, Malala soon began advocating publicly for girls’ education — attracting international media attention and awards.

At age 15, she was shot by the Taliban for speaking out. Malala recovered in the United Kingdom and continued her fight for girls. In 2013 she founded the Malala Fund with her father, Ziauddin. A year later, Malala received the Nobel Peace Prize in recognition of her efforts to see every girl complete 12 years of free, safe, quality education.

In 2020, Malala graduated from Oxford University with a degree in Philosophy, Politics, and Economics.

Malala is the author of three books: I Am Malala: The Girl Who Stood Up for Education and Was Shot by the Taliban, Malala’s Magic Pencil, and We Are Displaced: My Journey and Stories from Refugee Girls Around the World.

In 2021, Malala started a partnership with Apple to create programming for Apple TV+ spanning “dramas, comedies, documentaries, animation, and children’s series, and draw on her ability to inspire people around the world.”

Faiza Mahamud covers Minneapolis for the Star Tribune. Since joining the paper, she has covered education, immigrant communities, city government and neighborhoods. She was previously a reporter and editor at Mshale, the largest African community newspaper in Minnesota. Mahamud earned a bachelor's degree from Augsburg University and a Master of Public Affairs from the Humphrey School of Public Affairs. 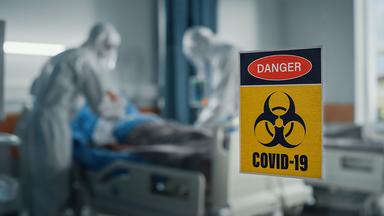 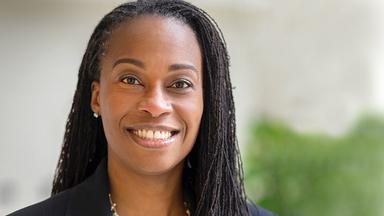