Humphrey School Experts Share Their Perspectives on the War in Ukraine 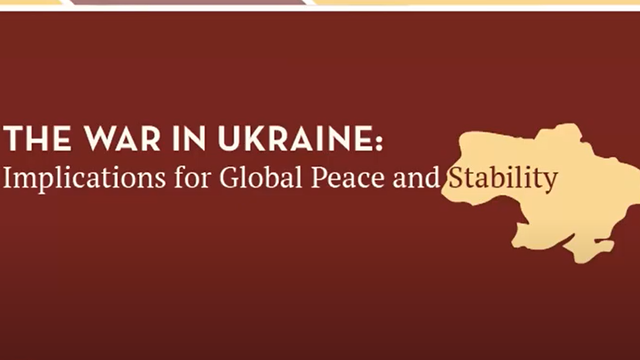 Global policy experts from the Humphrey School of Public Affairs expressed great concern over Russia’s invasion of Ukraine, the implications for European security, and the plight of refugees fleeing the war, in an online forum on March 16.

Associate Professor Dipali Mukhopadhyay; Diplomat-in-Residence Mary Curtin; former dean (and UMN professor on leave) Eric Schwartz, president of Refugees International (RI); and alumna Colleen Ryan (MHR ‘21), a border monitor with the Organization for Security and Co-operation in Europe (OSCE), hailed the unprecedented response from the European and global communities in accepting refugees from Ukraine and aiding the Ukrainian military.

But they said the longer-term outcome of the conflict is still unclear and could have global consequences. Here are some key points of their discussion:

About the refugee crisis: