Every year the Humphrey School of Public Affairs welcomes a group of international fellows for a year of non-degree graduate-level study, leadership development, and professional collaboration with U.S. counterparts. One recent alumnus of that program is already using the knowledge he gained during his fellowship year to improve conditions in his native Pakistan.

The participants, all mid-career professionals from designated countries, come to the Humphrey School and other universities around the country through the Humphrey Fellowship Program, created more than 40 years ago to foster global understanding and international cooperation.

Sheryar Arif Khan, a civil servant in Pakistan, spent the 2019-2020 year as a Humphrey fellow in Minnesota, learning more about the policymaking process in the United States. He is currently serving as additional deputy commissioner—the principal government representative—in District Attock, Pakistan. His role encompasses a variety of duties, including the implementation of social security policies, assessment of agriculture and land revenue tax, resolution of disputes, and oversight of public healthcare facilities.

Khan implemented the knowledge he gained during his fellowship year to improve conditions for visually impaired school children in Pakistan. He recently sent this update on the project to the School’s fellowship coordinator. It has been edited for clarity.

During my Humphrey Fellowship year, I did my six-week professional affiliation with the Hennepin County Public Works Department and was impressed by the inclusive transport system Minneapolis has. Transportation Plan 2040 provided me the insight to implement my plan of a dedicated pathway for visually impaired in Pakistan.

Attock District is 38 miles from the federal capital of Pakistan, Islamabad. The district’s population is 1.8 million and is home to approximately 9,000 people with disabilities; 1,450 to 1,500 of which are visually impaired. The Deputy Commissioner Office (DCO) is the principal seat of government, which coordinates with and facilitates people who have disabilities.

Most of them highlighted their inability to reach Razia Sultana Blind School without the help of someone who could guide them through the chaotic traffic and across the busy road. The absence of a dedicated pathway for them was a mobility constraint as well as a serious safety hazard.

Our answer to the problem was to install tactile paving in public places for VIPs. It is a system of textured ground tiles that indicate potential hazards and direction of travel for the visually impaired. A VIP can use their feet and a cane to sense the patterns of tactile paving, much like Braille, to indicate caution or directional cues while walking.

A 1,000-foot long and 4.5-foot wide dedicated pathway traversing from the main road to the Razia Sultana School was constructed for the VIPs using tactile paving, to enable them to sense the pathway through their feet and canes, receiving information in the form of vibrations. Two types of tactile tiles were installed. Dotted patterned tiles indicating caution were placed at crossings, turns, and multiple entry points; while long, parallel strips were used to indicate the direction to walk.

The pathway was received well by the public, and its initial success has led to a second phase, in which tactile pavers are being installed on the pedestrian walkways leading to and from public buildings.

This dedicated pathway for VIPs happens to be a first-of-its-kind initiative in Pakistan. I, along with my team, have developed an inclusive accessibility plan for persons with disabilities.

About the Humphrey Fellowship

Sponsored by the U.S. State Department, the Humphrey Fellowship program brings mid-career professionals from designated countries undergoing development or political transition to the United States for a year of study, professional development, and cultural exchange. The Humphrey School is one of 13 colleges and universities that host Humphrey Fellows each year. The program was created by President Jimmy Carter shortly after the 1978 death of former vice president and Minnesota senator Hubert Humphrey, as a living legacy to Humphrey’s commitment to global understanding. The program celebrated its 40th anniversary in 2019. 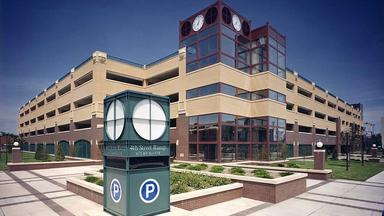 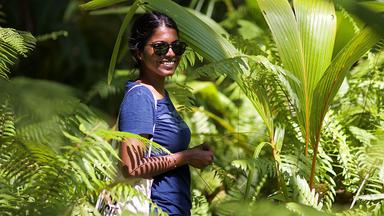