How Technology is Reshaping Democracy

One day before the chief executive officers of Google, Facebook, and Twitter faced challenging questions from a Congressional committee about disinformation and extremism on their platforms, three leading public policy experts expressed concerns that those big technology companies are hurting the American democratic system.

They shared their views on the role of big technology companies and social media, the power these firms have to influence media consumption, and steps the federal government is considering to address the problems they see.

All agreed that changes are needed to Section 230, a law passed 25 years ago that shields websites from liability over user content. Senator Klobuchar, along with Sens. Mark Warner (D-VA) and Mazie Horono (D-HI), introduced the SAFE TECH act last month, which would hold social media companies accountable for enabling cyberstalking, targeted harassment, and discrimination on their platforms.

Here are some excerpts from their conversation, edited for length and clarity.

The Scope of the Problem:

Amy Klobuchar: Tech companies are some of the most sophisticated, incredible companies in the world, we're proud of that and all the people that work there, but that doesn't mean that we shouldn’t rejuvenate our democracy and capitalism by stepping back and saying there's a lot of harm that's gone on here. It's led to all this misinformation that has spread about COVID-19 and the vaccines. There's a lot of factors and we need to get our act together. So that's why this is ripe for discussion.

Tom Friedman: I think of cyberspace as a place where we're all connected, but no one's in charge. The huge failing of democracies up to now is that we have not projected our democratic values into cyberspace. And no one is in charge. When the government's not in charge, it means the companies are in charge, which is just the way they like it even though they tell us that we want to be regulated. The internet is an open sewer of untreated, unfiltered information. It's full of diamonds and rubies and pearls and gems, but it's also full of toxic waste, cut glass, rusty cans, and broken nails. And if we don't build the internal software into our … citizens to sort out the toxic materials from the pearls and gems, we will not keep this democracy.

Jim Steyer: We’re at an extraordinary inflection point. I think we are on the cusp of major, major social policy when it comes to technology. I think in the next year or two the relationship with technology and the large companies which have come to dominate our lives is going to be transformed by leadership in Washington.

On whether the government should hold the companies liable for the content on their platforms:

Klobuchar: I really think that there is some common ground here in Congress, because you're starting to see pushback from both sides of the aisle. The way to go is to have some sensible rules in place. [The SAFE TECH act] carves out some things that should not have immunity, such as discriminatory conduct, civil rights violations, and paid political ads. They literally don't have to put disclosures and disclaimers on political ads on social media, while radio and TV have to put all kinds of disclaimers in place. We also need to look at how we can reward content providers, people in the news business, people who are writing the stuff and doing the investigations and doing the work. A bill that I have [sponsored] basically would allow news organizations to negotiate together to get paid for content.

Also, you should truly have competition to allow, through capitalism, some companies to develop more tools to address user privacy. Because they are the biggest companies in the world, they should be able to hire more people -- make a little less money -- but hire the people to be looking at all this content to sift through it. Because right now it's not working.

Friedman: Unlike newspapers and other mainstream media that have editors to review content and post corrections when they make mistakes, Facebook came along and said, “We are different. We’re a platform. We don't want any of your editors and we don't want any of your regulators,  but we want all of your readers and all of your advertisers.” Mainstream media didn't know what to do. What Facebook said is, “Trust us,” and we trusted them. And I think they deeply violated our trust. Their problem is the law of large numbers. They are basically a newspaper with three billion writers and publishers, and you can not possibly have enough editors for three billion writers.

And so they use artificial intelligence and other systems to try and review their content. I'm not saying they're not trying to some degree. But clearly every time this happens, and the Capitol [insurrection] is the most egregious, they say, “We're working on it.” And what the Capitol story tells me is we can't afford this anymore. I don't care how many editors you have to hire, or it means you have fewer users on your platform. I know that has implications, but I don't care, I really don't care. You are a danger to our democracy.

On whether Facebook should be forced to divest itself from WhatsApp and Instagram, other large social media platforms it owns:

Klobuchar: I had a front-row seat to this in the 1980s when the government took on monopoly local exchange carriers. I represented MCI. What did we see come out of the breakup of AT&T? Much lower long-distance rates and technologies that took cell phones from the size of a briefcase to where we are now. Technology is supposed to be disruptive; disruption is cool in a competitive sense. And our country over time has rejuvenated our capitalism by having some rules of the road and using  antitrust laws to address monopolies. So I'm in favor of divesting these assets.

Friedman: I agree. It's madness that one company, one person, controls Facebook, WhatsApp, and Instagram. Imagine if they were split off and each one had a different privacy policy or different standards policy. That’s how they would distinguish themselves. I think that’s an urgent necessity and I really hope it happens. It just can't be healthy for democracy that this much power is in so few hands. For me the question of Facebook is just so important, when so many people get their news from that and it's so obvious what happened. The country's not right. We're living on borrowed time. There's just a lot of crazy. People believe crazy stuff, and they're saying crazy stuff. And that is due in large part to where they're getting their information.

On whether the companies themselves would agree to some of these changes:

Friedman: I don't know, I'm not close enough to them. But I believe that the default for them is always to resist regulation. These guys grew up in a very libertarian environment. And I just really think it has to be imposed on them in a wise way. I don't want to hurt them. These are enormously innovative companies; you don't get to three billion users just by putting out garbage. So I'm not out to destroy them, but I am out to protect the democracy that enabled them.

On whether real change is likely in the near future:

Steyer: We want folks on both sides of the aisle as well as the Biden administration to realize that if we could transform the tech environment it will have an impact on these issues, as well as the extraordinary inequality that exists in society today. We saw during the pandemic that inequality   got much worse, and a significant amount of that is due to the power of large tech companies.

Klobuchar: This has happened time and time again in American history. Maybe it's once in a century, but things happen when people have had it—the Grangers movement by farmers in the Midwest, unions organizing—they were all responding to people having too much power. And now if we are in this sophisticated business climate, our laws have to be as sophisticated as the people who are messing around with us. As different as the political parties are right now, I think there are people of good will that realize that things are getting out of hand. There's a reason that there is right and left taking on tech right now. It's because there's an ingrained belief that something is really wrong here—a lack of control over our own future and our own democracy and our own destiny, which is completely inimical to everything America ever stood for from the founding of our country. So I have no choice but to believe that our democracy will get through this.

About Common Sense
The nation's leading nonpartisan organization dedicated to improving the lives of children and families by providing the trustworthy information, education, and impactful voice they need to thrive in the 21st century. https://www.commonsensemedia.org/ 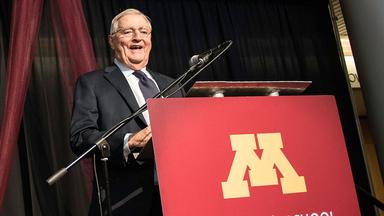 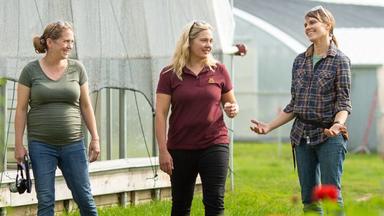