The Trump administration’s decision to remove federal Clean Water Act protections from millions of acres of wetlands and millions of miles of streams is based on dubious methodology and flawed logic, according to a new report by environmental economists from leading research institutions across the United States.

"Clean water provides multiple benefits in terms of health, recreation, and cultural value,” Keeler said. “Ecologists and economists have greatly advanced our understanding of what drives changes in water quality, how waters are connected, and the real impacts to human wellbeing when waters are degraded or polluted. The Trump administration is ignoring this science, focusing on a narrow set of economic benefits, and therefore is undervaluing clean water."

The EPA and the Army Corps of Engineers repealed the Obama-era Clean Water Rule, which clarified which bodies of water fell under federal protection from pollution under the 1972 Clean Water Act. Earlier this year, the agencies replaced that rule with the new Navigable Waters Protection Rule, which removes isolated wetlands and ephemeral (rain dependent) and intermittent (seasonal) streams from federal pollution protection.

“The EPA’s decision to make major changes to the rules protecting the nation’s waterways relies on economic analysis that may underestimate the benefits of streams and wetlands, especially as they affect waters downstream,” said co-author David Keiser of the University of Massachusetts, Amherst. “The EPA also failed to adhere to its own guidelines. The new rule includes many contradictions that are inconsistent with the best available science.”

The rule change makes it much easier for developers, agricultural operations, oil and gas companies, and mining companies to dredge, fill, divert, and dump pollution into ephemeral streams and isolated wetlands.

According to a 2017 staff analysis by the EPA and the Army Corps, the new rule leaves over half of U.S. wetlands and 18 percent of U.S. streams unprotected.

While developing the rule, the EPA and the Army Corps of Engineers considered water quality as only a “local public good.” This ignores extensive scientific research showing that even ephemeral streams and isolated wetlands are connected to larger watersheds, so what happens upstream affects waterways downstream, increasing the risk of flooding, diminishing water quality, and causing other problems that don’t stop at state borders. The report finds that this artificially narrow view skewed benefit-cost analyses in a way that favored removing regulations.

The agencies also relied on some questionable assumptions. For example, EPA projections of nationwide benefits assumed that every state — from arid places like Nevada and Arizona to wetland-rich states like Florida — has the same baseline number of wetland acres.

In addition, the agencies based their benefit-cost analyses on the assumption that leaving streams and wetlands unprotected won’t cause any harm to water quality in many states, because those states will rush in to protect waterways as needed.

That’s not a credible assumption, the report’s authors conclude. “Environmental federalism” — the theory that states do a better job at environmental regulation than the national government — can work in some situations, but is not supported in this case.

“We're hoping the time is right to draw attention to opportunities for the Biden-Harris administration to reform EPA science advisory structures and revisit proposed changes to the Clean Water Act,” Keeler said. 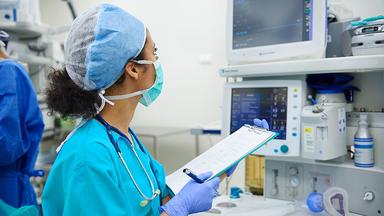 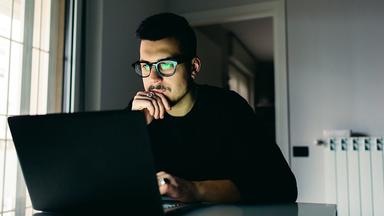 Urban Planning
Working From Home in a COVID-19 World: Advantages and Equity Concerns