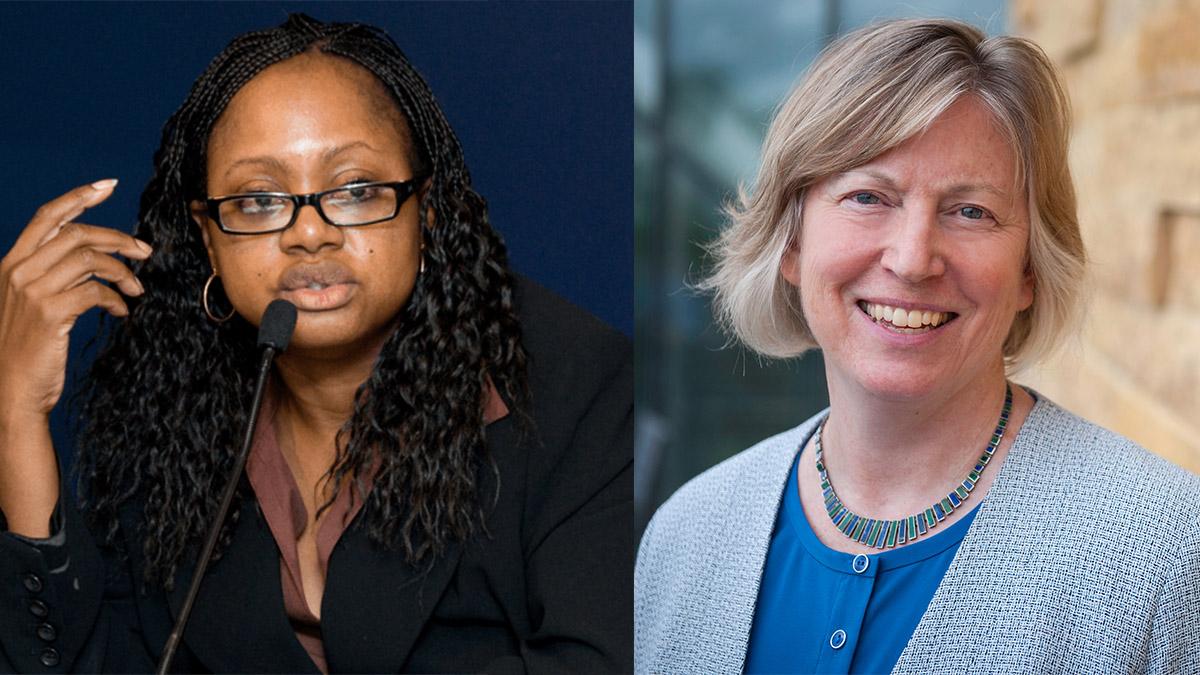 This fall, Ambassador Bonnie Jenkins joins the Humphrey School as a senior fellow. Throughout the academic year, we will host conversations with Ambassador Jenkins on policy topics ranging from national security to the election to arms control.

Register for the conversation

Bonnie Jenkins is the founder and executive director of the Women of Color Advancing Peace, Security and Conflict Transformation (WCAPS), a 501c3 nonprofit organization established in 2017. Jenkins currently chairs the steering committee of the International Women’s Conference on Preventing the Proliferation of Weapons of Mass Destruction to Non-State Actors, and is chair of the Committee on Radioactive Sources: Applications and Alternative Technologies of the National Academies of Sciences.

In 2017, Jenkins was a visiting fellow at the University of Pennsylvania’s Perry World House. Prior to that, from 2009 to 2017, she was an ambassador at the U.S. Department of State where she served as Coordinator for Threat Reduction Programs (CTR) in the Bureau of International Security and Nonproliferation. In that role, Jenkins coordinated the Department of State’s programs and activities to prevent weapons of mass destruction (WMD) terrorism with programs funded by other U.S. departments and agencies, and with similar programs funded by other countries.

She served as the U.S. representative to the 30-nation G7 Global Partnership Against the Spread of Weapons and Materials of Mass Destruction and chaired the Global Partnership in 2012. Jenkins was the Department of State’s lead to the four Nuclear Security Summits that took place from 2010 to 2016.