When communities face an unexpected crisis, nonprofit organizations are often the first to jump in and help. That was the case in the Twin Cities earlier this year, as the coronavirus pandemic and then the unrest after the killing of George Floyd by Minneapolis police officers saw many of the area’s Black nonprofits respond to the needs of residents of color.

But just as communities of color are typically under-served, Black nonprofits have seen a trend of disinvestment and disempowerment over the past decades, leaving them with fewer resources just when the need is greatest.

To better measure the extent of this disinvestment, and to develop a plan to reverse the trend, the Roy Wilkins Center for Human Relations and Social Justice at the Humphrey School of Public Affairs is launching a new research project funded by a $50,000 grant from Thomson Reuters.

“The death of George Floyd has raised people's concerns and resulted in an enormous amount of financial resources to address structural racism,” says Professor Samuel Myers Jr., director of the Roy Wilkins Center. “However, few of these newly raised resources have gone to Black nonprofits, especially the legacy Black nonprofits in the Twin Cities.”

Myers says those Black nonprofits have been serving the Black community in the Twin Cities for decades, but they typically are less visible and under-researched. This new study will address those gaps.

Saying she is grateful to Thomson Reuters for its generosity, Humphrey School Dean Laura Bloomberg notes “the mission of the Humphrey School compels us to address racial disparities in this community and globally. The Wilkins Center and Professor Myers are central to this endeavor.”

“The Wilkins Center is grounded in a relentless drive toward achieving ethnic and racial equity, which requires skilled policy and data analysis, a pursuit to which Professor Myers has dedicated his entire professional life,” Bloomberg says. “His recent work to highlight the MInnesota Paradox is a significant example of his skills.”

“The struggles and needs of nonprofits of color are rarely heard by critical stakeholders in the nonprofit sector,” Myers says. “By identifying Black nonprofits in the Twin Cities, we hope to increase their visibility and bring their experiences to mainstream conversations. We then hope to quantify the scale of disinvestment if there is any, and document the reasons for that disinvestment.”

Myers says the final stage of the project will be a blueprint for reinvestment in Black nonprofits in the Twin Cities.

"Without changing the funding culture in the nonprofit sector, more investment in the post-George Floyd era will only exacerbate racial disparities between nonprofits,” Myers says. “We hope to propose policy recommendations to the key stakeholders in the nonprofit sector regarding a long-term investment plan to help Black nonprofits in the Twin Cities to survive and to thrive, and thus to better serve the community of color.”

Thomson Reuters awarded the grant through a new $1 million MSP Rebuild Fund, which it established in June to pay for basic needs in the community, rebuilding efforts, and support for nonprofit and civic organizations promoting justice and transparency.

“These are difficult days, and we have a long road ahead of us to help heal our community” says Sharon Sayles Belton, vice president of Partnerships and Alliances at Thomson Reuters and a member of the Humphrey School Dean’s Advisory Council, in announcing the fund. “We are proud to contribute our time, expertise and financial support to combating racism, fighting social injustice, and strengthening public trust in our institutions.”

Thomson Reuters is a leading provider of business information services. It employs nearly 6,000 people at its office in Eagan, Minnesota. 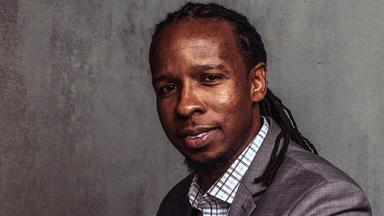