Minnesota civil rights icon Josie Robinson Johnson has dedicated her life to promoting equality and inclusion, and breaking down barriers to opportunity. As a tribute to her lifelong leadership, the Humphrey School of Public Affairs has established the Josie Robinson Johnson Fellowship, which will support graduate students at the School who have specific interests in addressing racial inequities and injustice.

The Johnson Fellows will be encouraged to take risks to create, test, and promote new approaches to seemingly intractable racial problems.

The School also will remodel and rename one of its meeting rooms after Johnson, to become a space that community organizations can use for public forums, planning sessions, and the like.

Johnson, 88, knew Hubert Humphrey and worked to advance his civil rights agenda. She is a strong supporter of the School that bears his name, having served as a senior fellow and a member of the Dean’s Advisory Council.

Johnson recently discussed her lifelong activism and connections to the University of Minnesota. This q/a has been edited for length and clarity.

You have been an activist, promoting equality and inclusion, since you were 12 years old. And you haven’t stopped yet. Where does your motivation come from?

It comes from my upbringing. I grew up in a family that was very active in the struggle and that spirit is still in me. My parents graduated from a historically black college outside of Houston. Between them, they demonstrated to my brothers and me what was deep in them, without sitting us down, giving us lessons, telling us. We sort of watched and saw.

There was a tradition of doing, without feeling that you are necessarily making some great big thing out of it. The sense that we needed to be engaged in changing the system and society was just deeply etched in us. And I didn’t realize at the time that it was unusual.

I’m the oldest, I have two younger brothers. One brother went to law school and became the first African American lawyer in the field of nonprofit housing. The other brother became the first black councilman elected in Houston.

I think about my father, who wanted to be a lawyer but there were no schools who would accept a black person in 1926. In a way, the family decided to honor him. My youngest brother was a lawyer, as well as his wife. My daughter Josie, my daughter Patrice, and my granddaughter are all lawyers. So it’s like they said, ‘Grandpa, we’re honoring you by following your dream.’

What was it like when you first became involved at the University of Minnesota?

I’d been connected with the University since 1957 when we moved here and our children went to nursery, and have stayed involved in one role or another. When the black students protested on campus in the 1960s to publicize the need to have African American history included in the curriculum here, I and other black activists in the community became involved.

After the protests, we became involved in creating the African American Studies department, and I was one of the first faculty members, offering the first course on ‘Black families in white America.’ That was my area of expertise. That had been my work.

You were the first African American to serve on the University’s Board of Regents. What was the significance of that milestone?

It was 1971, and Martin Sabo (who was a state representative at the time) was probably the first person to approach me about joining the University’s Board of Regents. The other candidate they were considering was a well-known president of a local bank, a conservative who had been very active in the community. But I was chosen instead.

I came to understand very clearly how that role connected with my interests. I had always been engaged in issues dealing with faculty and students, but being in a policy-making role was different. My concern about African American students, the curricular planning, the hiring of faculty—all of those were natural issues for me. So for me to have been on the board and to chair or co-chair several committees was a big step for us as a people.

I maintain that if you’re not at the table, the things that you and your community are concerned about never get brought up, because the others may have never had that experience and they may not look at the issues in quite the same way as you do. They don’t have the level of understanding to bring those issues forward.

Being on the board was an honor, not only in the sense of being able to really make a contribution, but also as an extremely important learning experience. I will always remember it.

What are your hopes for the Josie Robinson Johnson Fellowship here at the Humphrey School?

We need to encourage scholars who are thinking beyond the right here and now, who can review and assess what kind of laws, policies, and programs we need to have in our society that really offer freedom and full citizenship. I hope this fellowship will provide opportunities for scholars to think about how to do that, to come forward with creative ideas and test them in academic and community settings, to find ways of resolving some of these issues.

In order for you to overcome supremacy and try to change your thinking and behavior, you’ve got to understand how supremacy and racism are so entrenched in our society. So my hope is that these scholars will be able to test methods of undoing all that the system has done.

Goodness knows that’s what Hubert Humphrey would have wanted. You wonder about a young man growing up in a small town in Minnesota at that time. Where did that (passion for civil rights) come from? Hubert set the path and had the courage and willingness to suffer the effects of being a pioneer, with a deep sense of heart. It wasn’t just theoretical for him. He felt it and shared it. I want these scholars to do the same—I want them to follow Hubert’s imprint.

Why is this fellowship a good match for the Humphrey School?

From the beginning, the creation of the School in Hubert’s name and the model it presented—courage, thoughtfulness, a willingness to test things—has been very special. I believe it provides young African American scholars, as well as other minority scholars, with an environment that reminds them from whence they come; that reminds them that they are bright, creative, and passionate, in spite of the world that tried to eliminate us; that their ability to spell out what they’d like to study, giving them freedom and opportunity, will be a great benefit to the School and surely to Minnesota, in memory of Hubert Humphrey.

So I’m very excited about the idea, and hope that we can find courageous people willing to use their scholarships to test ideas that can help the next generation to be all they can be.

What gives you hope for the future?

The good Lord has blessed me throughout my 80-some years. I have had the opportunity to live in a state that supported and encouraged me at many moments in my life. We weren’t always lucky or successful, and didn’t get all we wanted, but at least you felt it was a privilege to be engaged in the life of the state.

I have constant hope because our ancestors, who went through a whole lot more than we’re going through, from slavery forward, have taught us to continue the struggle. To be able to continue that fight is quite a blessing. I’m trying to live up to their demands of us and pass it on.

About the Josie Robinson Johnson Fellowship

The Josie Robinson Johnson Fellowship was established in 2018, to support students at the Humphrey School of Public Affairs who have demonstrated strong academic achievement. It is especially intended for students interested in pursuing remedies to racial inequities and injustice.

The fund will assist the Humphrey School in enhancing the diversity of its student body. The Humphrey School’s intent is to establish a legacy of support by building this fund as an endowment.

For information on how to contribute to the fellowship fund, contact Humphrey School Development Officer  Jaden Hansen, at [email protected]. 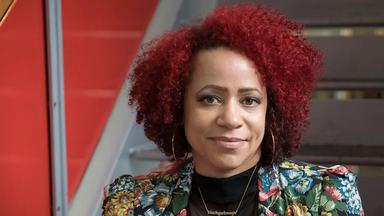