The Humphrey School of Public Affairs is pleased to welcome Pulitzer Prize-winning writer Nikole Hannah-Jones, creator of the 1619 Project, as the next speaker in its Distinguished Carlson Lecture series.

Hannah-Jones will discuss her groundbreaking work on the 1619 Project, which re-examined the legacy of slavery in the United States from the year the first enslaved Africans arrived in Virginia, in conversation with Kyndell Harkness, assistant managing editor of Diversity and Community at the Star Tribune. The event is December 6, 2022 at 6 p.m. CT at Northrop, at the University of Minnesota in Minneapolis.

Jones is the editor of the New York Times bestselling book The 1619 Project: A New Origin Story, published in 2021—a collection of essays, poems, and works of fiction that expands on the themes of the original project.

The event is presented by the Humphrey School of Public Affairs with support from Carlson and the Carlson Family Foundation. Admission is free and open to the public, but tickets are required.

Nikole Hannah-Jones is the Pulitzer Prize-winning creator of the 1619 Project and a staff writer at The New York Times Magazine. She has spent her career investigating racial inequality and injustice, and her reporting has earned her the MacArthur Fellowship, known as the Genius Grant; a Peabody Award; two George Polk Awards; and the National Magazine Award three times.

She also serves as the Knight Chair of Race and Journalism at Howard University, where she founded the Center for Journalism & Democracy. In 2016, Hannah-Jones co-founded the Ida B. Wells Society for Investigative Reporting, which seeks to increase the number of reporters and editors of color. 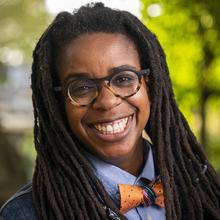 Kyndell Harkness was named the first assistant managing editor of diversity and community at the Minneapolis Star Tribune in 2020, after working as a photo editor during the murder of George Floyd and the societal uprising that followed. She helped coordinate on-the-ground coverage of the protests and ensured that picture selection kept community impact in mind.

For more than four decades, the Humphrey School of Public Affairs, with support from Carlson and the Carlson Family Foundation, has presented the Distinguished Carlson Lecture Series, bringing to Minnesota world-renowned speakers to participate in a forum dedicated to the presentation and discussion of the most important policy issues of the day. The series began in 1980 with a gift from Curtis L. Carlson to honor his late friend, Hubert H. Humphrey, and to “contribute to the intellectual life of the greater Twin Cities community by sponsoring lively forums of broad interest.” 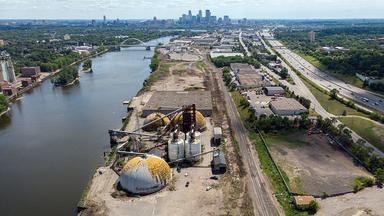