Al Gore on Climate Crisis: 'We Have the Solutions, But We’ve Got to Move Faster'

Gore discussed the challenges facing the world in addressing the widespread impact of climate change, while also expressing optimism about the growing momentum towards action, in the event attended by an online audience of more than 1,000 people.

Tom Swain wanted to establish this initiative to mark his 100th birthday earlier this year, calling the climate crisis the biggest, most critical issue that humankind faces today.

“We at the Humphrey School knew we could answer Tom’s call to help develop the Swain Climate Policy Series, backed by our expertise in public issues that emerge at the intersection of science, technology, the environment and society,” said Humphrey School Interim Dean Catherine Squires. “During this Climate Week and all throughout the year, we are partnering with the University’s Institute on the Environment to promote ways each of us can become part of the solution through policy and advocacy.”

Gore has been an advocate of climate action for decades. Since leaving office in 2001, he has founded two organizations, written several books, and been the subject of two documentary films, all raising awareness of the climate crisis and proposing solutions.

Here are excerpts from Gore’s presentation and conversation with moderator Jessica Hellmann, director of the University of Minnesota’s Institute on the Environment. His remarks have been edited for length.

On the deepening climate crisis:

The devastating impacts of the climate crisis continue to worsen faster than we have begun to implement the solutions. We have the solutions, but we’ve got to move faster. It can still be difficult for any of us to wrap our minds around the truly unprecedented nature of this very current and growing threat.

For example, our sky—if you go outside and look up, it seems like a vast and seemingly limitless expanse. But in truth, the sky is an extremely thin shell surrounding our planet. Every single day we are spewing 162 million tons of manmade global warming pollution into that thin shell of atmosphere, as if it’s an open sewer. And it accumulates there.

The consequences are all around us. 2020 was the warmest year on record, according to NASA. The seven hottest years of all time have been the past seven years, rounding out the hottest decade that’s ever been recorded with instruments.

On his optimism about the future:

While it’s easy to feel overwhelmed at times, I have an enormous amount of hope about our future. Though the global approach to climate policy has been piecemeal at best over the past few decades, we’re seeing a significant shift in the market for decarbonization, thanks to advances in innovative new technologies and incentives for renewable energy in key markets. As a result, we’re now in the early stages of a sustainability revolution.

It’s driven in part by machine learning, artificial intelligence, the internet of things, and astonishing advances in biotechnology, all of which make up the potential to completely reshape our world for the better by transforming our relationship to businesses, the environment, and to one another.

This global sustainability revolution has the scale and impact of the industrial revolution, coupled with the speed of the digital revolution.

This is what’s needed: a complete rethink of the relationships between business, investors, markets, governments, and all of us. Many people don’t realize or don’t believe that we can take action to deploy these solutions, without incredible costs. But the truth is we can, they save us money. They create good and green jobs, they make our environment cleaner, they give us hope.

On the United Nations' climate conference:

Nearly six years ago in Paris, the global community committed to hold the global temperature rise to 1.5 degrees Celsius. This year at COP26 [the UN’s climate change conference] in Glasgow, nations must commit to implementing the plans that will allow us to keep that goal within reach.

Many nations have made pledges to reach net zero when the greenhouse gases going into the atmosphere are balanced by removal out of the atmosphere] by 2050, and that’s great. But it’s the actions we take in this decade right now that are the most critical if we want to avert the catastrophic impacts of the climate crisis.

The attention to the climate crisis and the increase in activism in recent years has pushed us to a political tipping point. World leaders are finally beginning to put plans behind their words. [For example, the United Kingdom, Germany, the European Union, Japan, and China.]

President Biden has pledged to cut US emissions in half or more by 2030. And in doing so he has sent a strong signal to the global community that significant reductions in emissions are not only necessary, but they’re eminently achievable.

We cannot have climate justice without racial justice. They are intertwined. The pandemic has underscored just how interconnected these issues are. For example, we know that exposure to air pollution increases the death rate from COVID-19. And we know that low-income communities and communities of color have faced disproportionate impacts from both the pandemic and the legacy of environmental racism that has led to the location of some of the dirtiest fossil fuel facilities in or near communities of color.

I’ve been incredibly inspired by the grassroots leadership of Indigenous communities in the US in standing up to oil and gas companies trying to build dangerous fossil fuel pipelines over sacred land and endangering vital water supplies.

One thing we must do is to ensure that Indigenous and local communities have prioritized access to decision-making spaces, legal rights to their territories, and protection from harmful extractive industries. The transition away from fossil fuels provides an incredible opportunity to deliver on the promise of environmental justice. As we invest in the solutions to the climate crisis, we must ensure that those solutions are deployed equitably.

On the importance of activism, especially by students:

I’ve been working on this issue for a long time and I know that the challenge of solving the climate crisis can seem incredibly daunting. But as progress over the last few years has shown, things can change very quickly. When the culture shifts, when consciousness changes, everything else can change rapidly—faster than people think it can.

I know many of you are here because you want to be part of something larger than yourselves. I challenge all of you to aim high. These are the times when it is a privilege to have the opportunity to do good and historic things—really big things. I believe that we are in a moment that future historians will look back on and see as a turning point for human civilization. But that’s only if we use all of the tools in our toolkit to drive the change that is so urgently needed.

The global energy transformation is influenced by large public and private sector actors, and those actors are directly influenced by the passion and the power of your actions. So the future is in your hands. For anyone who doubts that we have the political will to meet this challenge, remember that political will is itself a renewable resource. 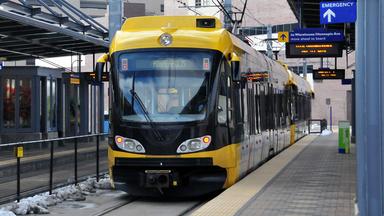 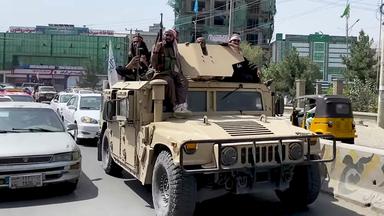