Women of Color, Indigenous Women, and the Suffrage Movement 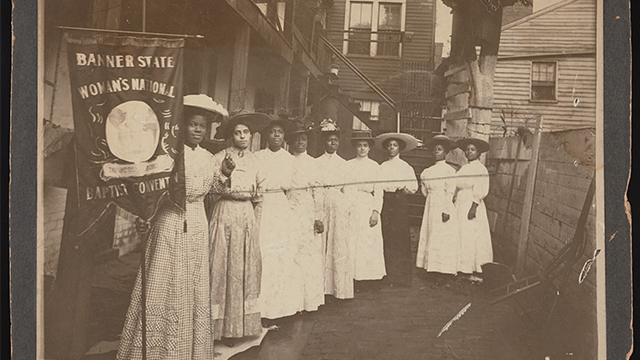 A century ago, when the 19th Amendment was ratified, Native American, Asian American, and African American women in the American South did not benefit from its passage. This is despite these women’s centrality to the movement. The names of trailblazing Indigenous women and women of color who pushed for an inclusive suffrage movement—like Nellie Griswold Francis and Mary Louise Bottineau Baldwin—are also too often left out of the historical narrative. As we celebrate 100 years of votes for women, join historians Cathleen Cahill and Bill Green for a conversation about the critical leadership roles women of color and Indigenous women played in the suffrage movement here in Minnesota and across the U.S. This event is co-sponsored by the University of Minnesota's History Department and American Indian Studies Department.

Cathleen Cahill is an associate professor of history at Penn State University. Her forthcoming book, Recasting the Vote: How Women of Color Transformed the Suffrage Movement (UNC Press, November 2020), follows a multiracial group of feminists who propelled the national suffrage movement toward a more inclusive vision of equal rights.

Bill Green is a professor of history at Augsburg University. An expert on race and civil rights in Minnesota history, former Minneapolis School Board member, and emeritus council member of the Minnesota Historical Society, his current research focuses on African American women and suffrage in Minnesota.